If you want something to improve you have to be willing to contribute something other than complaints.

A handful of pharmacy activists have worked their asses off trying to create change in the pharmacy profession that hundreds of thousands of pharmacists, and their pharmacy technicians, have complained about. We want change. Are we willing to make changes in ourselves to get the results we want? Are we motivated to at least help others try for reform?

Those FEW activists are starting to become hopeless – because the people calling for these kinds of organizations and campaigns are not willing to contribute anything other than complaints. And according to the polls, almost no one is submitting complaints to the regulatory agencies or elected representatives that have the platform to create legislation, or adjust legislation, to help the professionals and the local pharmacy owners.

United Pharmacy Association (URPhA) just had its One Year Anniversary and we’ve managed to keep it going with almost no help from the actual pharmacy professionals themselves. There’s a new popular campaign #pizzaisnotworking which is also getting a lot of attention on social media. We have joined forces under the URPhA umbrella; however, the pharmacists themselves (and their technicians) aren’t actually coming together with the power of numbers.

One of the most frustrating aspects of this is that so many pharmacy professionals called for an organization like this and for campaigns like this – and when we bring them forth … we get pharmacists wanting to “coach” us (LMAO), wanting us to promote them, or criticizing our efforts. Another frustrating aspect is that there are so few activists that when a pharmacy professional commits to helping out – the majority are ghosting us, they are not helping, and they’re not saying why.

There are many of us who will leave the profession (again) because the profession isn’t changing in the ways that we need it to in order for us to feel safe, supported and valued at work. But I think it is high time to stop blaming everyone else for the real problem – pharmacists put up with this for decades and when there were opportunities to speak up, we didn’t. We’ve created our own issues. It’s us that refuses to do anything to produce any results.

THANK YOU TO THE FEW PHARMACISTS WHO HAVE DONATED OR PAID FOR MEMBERSHIPS!!!!

Pharmacy organizations who are making sure Corporations survive, thrive, and pay their CEOs obscene amounts of money, who bring in billions in profit – are those like APhA who take money from big business, who put big business associates into major positions in APhA, and who are conglomerates that want to sell you more unneeded certifications, and CE.

United Pharmacy Association (URPhA) doesn’t take money from businesses with over 500 employees and depends on membership fees and donations from pharmacy professionals and their support systems. Hence, we are almost out of what little money we have. Eventually, there won’t be much we can do at all without the numbers to support us.

Until a large number of complainers want to donate a few bucks or do something other than complain on social media, nothing will change. The pharmacy culture must change or nothing changes – that’s up to us. 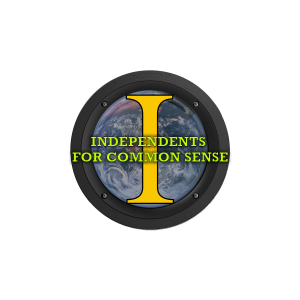